Strange Meals My Mother Made 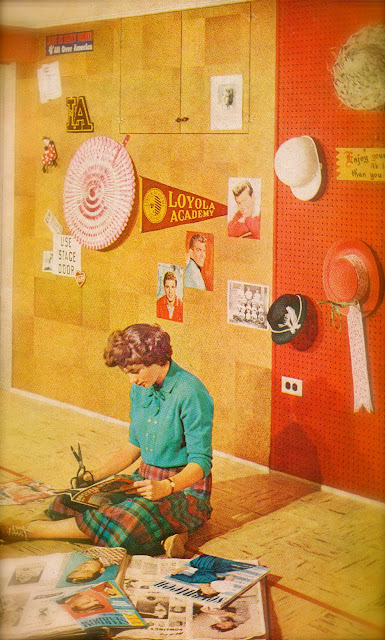 Win a rare, out-of-print
Betty Crocker Cookbook!
Most of us were not raised by mothers who cooked like Julia Child. Many of us grew up with ordinary fare. A few of us grew up shaking their heads over meals an ax murderer on Death Row would turn down. These are the people we want to hear from. Send in your stories by posting a comment on the blog. Just a short description of the strangest thing your mother made.


Pam and I also want to know which meal you think is the strangest. Whoever submits the meal that generates the most comments will win a  Betty Crocker cookbook published in 1960. It’s not signed but it is rare and out-of-print. If you want, I’ll get Hansel to sign it and ask him to enclose some cute photographs of himself. 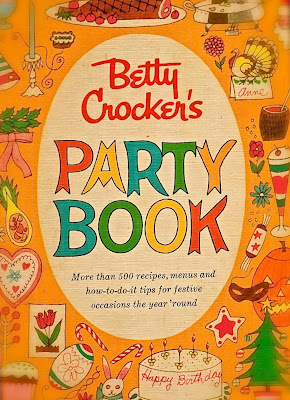 Here are a few examples of strange meals that mothers made back in the day:

Mama Watts, creator of the dried fruit and nut pancakes described in the January 12, 2010 blog, had ample motivation to excel as a chef.  Here’s her story:  “My mother made the worst liver I ever ate.  It was so tough you couldn't take a bite out of it.  I complained about it one night at dinner and even picked it up and waved it in the air.  She got so mad I had to go get a branch from the Lilac bush outside and give it to her so she could whip me.”  Well, today that mother would end up in court for child abuse but this story is from a long time ago…


Lostpastremembered:  “When I was young my mother made a dish called Frank ‘N Bean Mash (frankenbeanmash).  She served franks baked with beans and mashed potatoes and a scoop of cottage cheese on the side.”  It sounds OK until you get to the part about the cottage cheese.  That’s what landed this one on the Worst Meals list.

Lyndsey:  “My mom had a different version of Snow on the Mountain:  she would layer cooked rice, chow mein noodles, chicken soup mixture, tomatoes, celery, green pepper, green onion, pineapple, cheese and more chicken soup mixture.  This was topped with almonds, coconut and pimentos.”  OH… MY… GOD.  It sounds like the kind of cocktail Dr. Kevorkian used to give people who wanted to end their lives.

I discovered the meal below in an old cookbook.  The eggs benedict look like Ms. Pacmans.  What kind of animal could eat Ms. Pacman?  There’s also something called a “jelly omelet”.  Ugh.  Nobody over 6 would be willing to eat that. 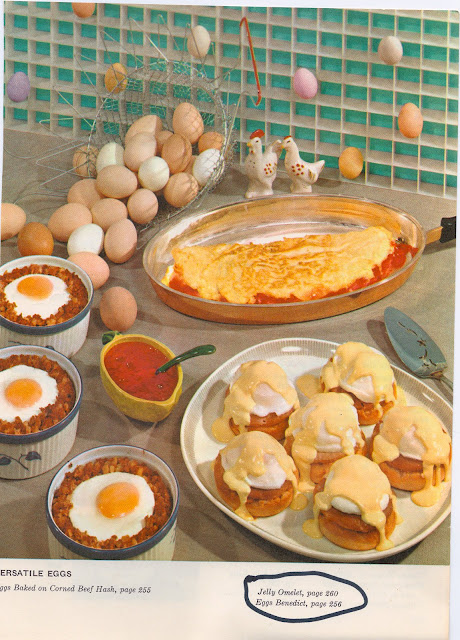 Those little ceramic chickens in the back are kind of cute though.  But wait there’s more: 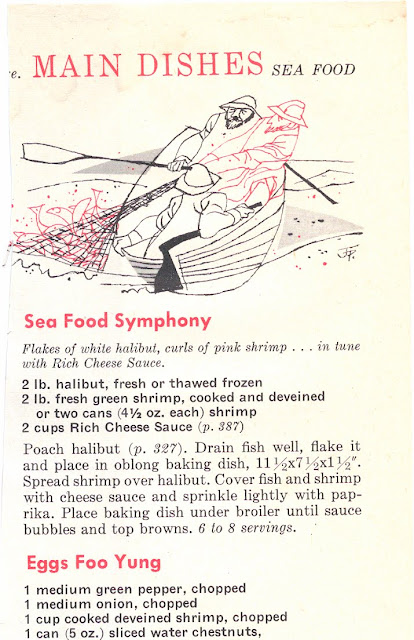 Eggs Foo Yung?  That blasted me back more years than I'd bargained for.  If you're not sure what this is, don't even ask.

So let's hear from you.  Post a comment with your description of the strangest meal your mother made.  Whoever gets the most votes will win the Betty Crocker cook book.  C’mon, you know you’ve got a story… send it in today. 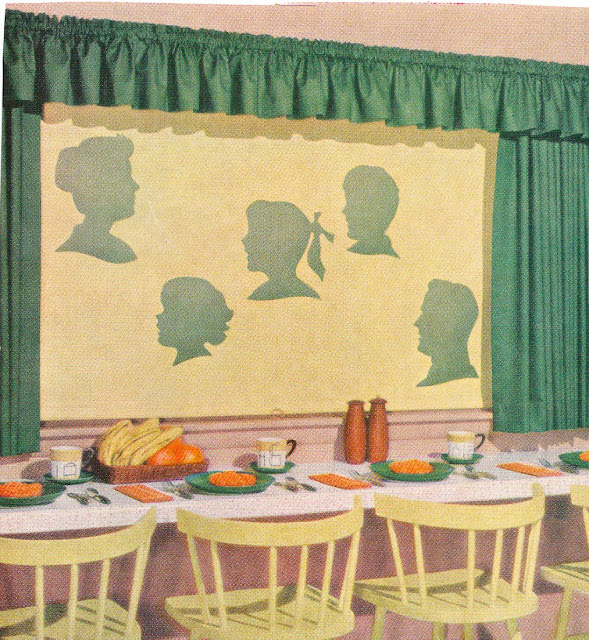 By Guest Blogger Randy Ashton
All text and photos are property of The Gypsy Chef
at 10:27 PM